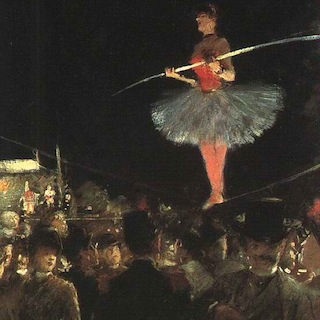 What a terrible week for empathy.

Philip Seymour Hoffman overdoses, and contempt pours forth online: how weak, this man. How lazy, this addict.

His death becomes a matter of self-obsessed violation: How dare you cry out in a way I cannot understand, and therefore vehemently disapprove.

I was horrified when an acquaintance on social media tried to rope me into conversation about Phil’s addiction as some kind of slap to this man’s mastered morality.  As he said, “The attitude of ‘feel bad for me because I have a handicap’ doesn’t wash with me… Put down the drink. Put down the heroin. Then I will help you help yourself.”

His friends piled on: “I agree with you… I have no sympathy for weak drug users!”

“I say good riddance as well!”

A man died alone in a rental bathroom, a needle still pressed into his flesh, his body cold on the floor. And we taunt him for not being enough of the kind of man we’ve determined he should have been. We disparage him for his turmoil, his sickness, his deep fucking pain. We mock those who connect in the death of someone who struggled. We taunt public grief as suspect.

We hear a man has died, alone, surrounded not by his kids but his drugs, and we ask not what kind of manic sadness would have led to shooting heroin into a syringe. How lonely that last night must have been. How deeply, deeply wounded he must have felt.

He wasn’t good enough to himself and the picture of him we demanded to see.

As I typed this, another addiction expert (read: Facebook account holder, subspecialty: typos) piled on: “These poooor millionaire celebrities, can’t get there lives right? Screw um!”

Put that pain back in the closet where it belongs, with all the other skeletons.

We’re as open to understanding the nature of dependency as we are of feeling compassion.

The man won an Oscar for acting. Why couldn’t he have been a better liar. To us.

We wonder why people don’t ask for help, why shame is such a barrier to those seeking relief. We wonder why reformatting the issue of drug addiction as a disease loses to the barest levels of introspection. He is the poison and nothing more.

A man stayed sober over twenty years, and a disease that had stayed in his body, dormant, rose again. A man lost a battle he had been fighting nearly half his life. He lost the war. He fought every single day for more than twenty years and died.

We bully a dead man. We cherish our worth.